Hey guys I am super happy to be part of Karen's book release for The Wishing Steps. If you would like to visit Karen's blog click HERE.

I was lucky to get to interview Karen about her writing and her novel. Below is that interview, hope you all enjoy.


B: What started you on this journey to being a writer?


K: I was always a writer professionally. I was in public relations and communications, so wrote lots of articles and essays, but never with my name on it. Always the client’s name.
In 1999, I quit to write full-time and worked for years on a memoir, Following the Whispers, which was published in 2009.


B: Is there a certain genre of book you like to read more than others?


B: Do you tend to be a big outliner with your stories or more of a free writer (or like me somewhere in the middle)?
K: Oh God, I never outline. I’ve hated outlines since school days. My stories flow from my heart. Then, once the first draft is done, I go back and work out plot, characterization and other issues out.

B: Do you have a 'writing spot' or a certain routine you like to follow before you start writing?

K: I just write on my laptop in my living room, but I do get myself into a meditative space before I begin writing.


B: What was the inspiration for The Wishing Steps?

K: That’s a bit of a story. I was on vacation in Scotland, standing in the midst of a 2000-year-old burial site when an unfamiliar inner voice said, “Tell my story.” I’d never heard voices before, other than my own inner voices, and wasn’t even sure what I heard, so I said, “I’m on vacation. Sorry.” Then, in Ireland a few days later, I was standing on what they called the wishing steps in the forest surrounding Blarney Castle, when the voice once more said, “Tell my story.” Once again, I ignored it. But I couldn’t ignore it once I got home. The Wishing Steps is the result.

K: This is my first work of fiction. I’d written nonfiction for three decades. I guess my favorite character from this book is Brighid from Part I because she lived in primitive times and had to figure things

out for herself when that was so much harder to do without the resources we have today.


B: What are future plans past The Wishing Steps?

K: Sigh! Brandon, I’m sixty-six. I’d like to be retired in the full sense of that word, but I have other books in me wanting to come out. There’s another novel, a companion piece to The Wishing Steps, and more essays and articles.

Thanks again Karen for an awesome interview. And good luck on your release and future endeavors.

Here is some information on The Wishing Steps out now. 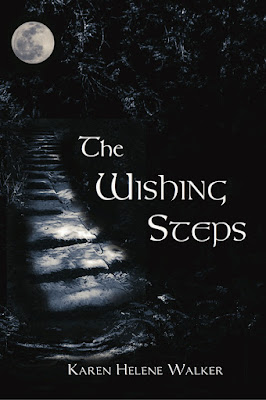 Brighid, Ashleen and Megan: Bound through time by a curious light, a mysterious voice and a call they dare not ignore. Yet in obeying this strange force, the women not only see their lives alter beyond recognition but must navigate the violence and scorn of a world that cannot accept their unorthodox ways.
Can Brighid find a way to sustain her fragile, new beliefs in the face of rape and abandonment? Can Ashleen survive the brutality of an Inquisition that has burnt her mother as a witch? Can Megan defy her family and rise above the derision of an intolerant community?
The women can and do, but not before facing soul-searing trials that call into question everything they know and believe — about themselves and about the world around them.
The Wishing Steps is more than the journey of three women across the ages. It is the journey of all women through all ages…a journey of courage and defiance, trust and acceptance, revolution and transformation. The Wishing Steps is more than a story about three women’s discovery of Goddess. It is a story that all women have lived as they have sought, and fought, to claim their wisdom and express their power.
There are other novels about women’s empowerment but only The Wishing Steps blends fact and fantasy to wrap it around the story of Goddess, a matriarchal way of life that predates all major religions.
There are other novels about the Goddess. Only The Wishing Steps spans the millennia from prehistory to contemporary times to explore themes of enduring import to women of all ages and backgrounds.
And while The Wishing Steps will attract readers of women’s and feminist fiction, the story of Brighid, Ashleen and Megan will appeal as well to lovers of myth and fantasy and followers of visionary and metaphysical fiction.

Here is a bit about the author. 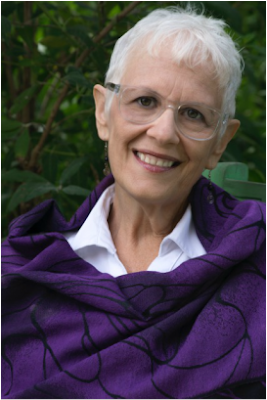 Karen Walker is a writer who has published essays in newspapers and magazines, as well as in an anthology series. Her memoir, Following the Whispers, was published in 2009. The Wishing Steps is her debut novel. She completed a Bachelor’s degree and graduated Summa Cum Laude in 2005 from the University of New Mexico’s University Studies program with a major emphasis in Creative Writing. When she isn’t writing, you may find Karen singing and dancing with Sugartime or The Sophisticated Ladies at nursing homes and retirement communities, singing and playing guitar with friends, traveling with her husband of 20 years, Gary or relaxing with a good book at their home in Albuquerque, New Mexico.

Here is where you can find the book.

Hope everyone is having and amazing day. As always have fun and keep writing.