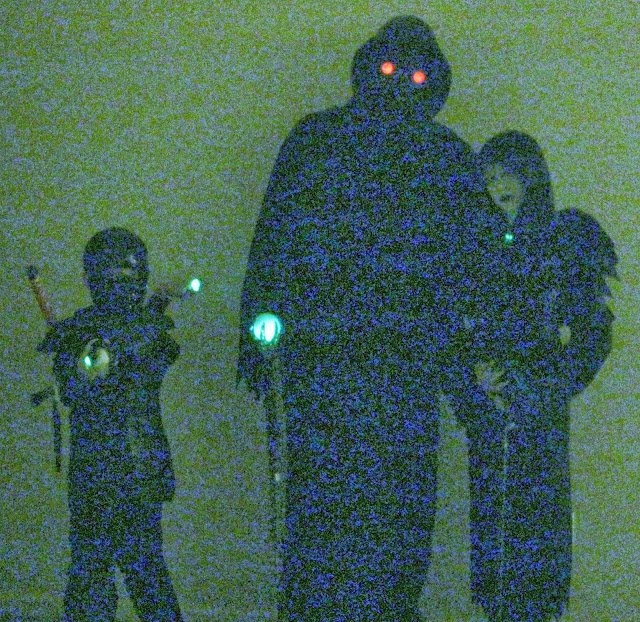 Hi all. I hope you guys had a great and safe Halloween. I hope to be back and blogging very soon.
Posted by Brandon Ax at 9:51 PM 5 comments:

1. Before writing what do you spend the most time on, world building, character development or plot?

*Grins* Actually, before writing a given book, I'm probably writing something else entirely. I get ideas, let them sit and ripen while I read or work on something else.
When an idea grows into a monster taking up all my thoughts, I open my notebook, grab my fountain pen, and get drafting.
The Vanished Knight is the first book I finished, so I got the idea while deluded with the idea that I could plan it out. I couldn't. In the end, world building, characterization and some of the plot happened while I was rough drafting.
I refined everything when I rewrote the whole thing for computer.
One thing I do prepare ahead of time is a playlist. Using the feelings and bits of characterization I have, I put together a playlist that reflects the sense I'm going for in the story.

2. Music is a must for me as well and I know all about the ideas building while writing. What are some things you like to keep around you when you are writing that help you stay in the seat?

When I'm drafting, I need three things: The notebook devoted to the story. The fountain pen (which I'm now starting to think I should name). And the playlist. The moment I have the music on, the book open and the pen poised, I'm locked in and ready to go.
So much so that I usually set an alarm before I start, if I know I have to go do something else.

3.I agree it needs a name, maybe Excalibur.  If you were a character in your story who would you be?

Probably Gawain. I know, weird that I'm picking a guy. But he's the one I'm least mean to. And even saying that, I know there's stuff about him that's seriously messed up.
Unlike Callan, though, he doesn't have an evil entity destroying his life. And unlike Darrion, he doesn't need to fight for every scrap of achievement he can get. I'm not even going to mention James and Ward's issues.

4.Lol, well in misery we find our story.  What are some things you can tell us about your book?

Funny enough, it's the scenes where Darrion and Callan argue. Actually where Darrion argues with anyone. He has this f-you attitude towards most people around him, so it's fun to a) go at someone with no holds barred or b) to see him struggling to hold back when he knows he should but really doesn't want to.
James has something similar, and by the rewrite, his voice was loud and clear, which made him easy to write. But something about Darrion's particular brand of verbal skill and dry, sharp wit makes him a landslide winner in the best argument stakes.

6.I agree with you there something about getting to let go on someone is fun to write.  What first made you want to be an author?

Writing The Vanished Knight did. Before, it was just about getting stories down that I liked. But with TVK, I knew I had something special, so I knew I wanted to publish.

7. That is great the story pushed you. What does the future hold for you?

Hopefully the rest of the series published, twenty plus other projects completed. And who knows? War of Six Crowns, the TV Series knocking Game of Thrones from its perch. Who says a girl can't dream. ;-)

Nothing wrong with that at all. Thanks for answering my questions it was a lot of fun learning about you and your story.

Here is a blurb of the book:

Since the death of her parents, Callan Blair has been shunted from one foster family to another, her dangerous secret forcing the move each time. Her latest foster family quickly ships her off to an exclusive boarding school in the Cumbrian countryside. While her foster-brother James makes it his mission to get Callan expelled, a nearby ancient castle holds the secret doorway to another land...

When Callan is forced through the doorway, she finds herself in the magical continent of Tardith, where she’s shocked to learn her schoolmates Gawain and Darrion are respected soldiers in service to the king of Nordaine, one of Tardith's realms. More than that, the two are potential heirs to the Black Knight—Nordaine's crown prince.

But when the Black Knight fails to return from a mysterious trip, the realm teeters on the brink of war. Darrion and Gawain set out to find him, while Callan discovers there is more to her family history than she thought. The elves are claiming she is their princess.

Now with Darrion growing ever more antagonistic and her friendship with Gawain blossoming, Callan must decide whether to stay in Nordaine—where her secret grows ever more threatening—or go to the elves and uncover the truth about her family before war sets the realms afire. M. Gerrick (AKA Misha Gericke) has basically created stories since before she could write. Many of those stories grew up with her and can be seen in her current projects.
She lives close to Cape Town, with a view over False Bay and Table Mountain.
If you’d like to contact her, feel free to mail her at warofsixcrowns(AT)gmail(DOT)com, Circle her on Google Plus or follow her on Twitter. If you'd like to see her writer-side (beware, it's pretty insane), please feel free to check out her blog. You can also add her or The Vanished Knight on Goodreads

Here are some places you can find the book, go support it.


Well friends, there has been something going on in the Ax family the past few months. For personal reasons I had not wanted to post anything yet about it. Well, today we went and had an ultrasound and I would like to present Dorian Alexander Ax to the blogging world. 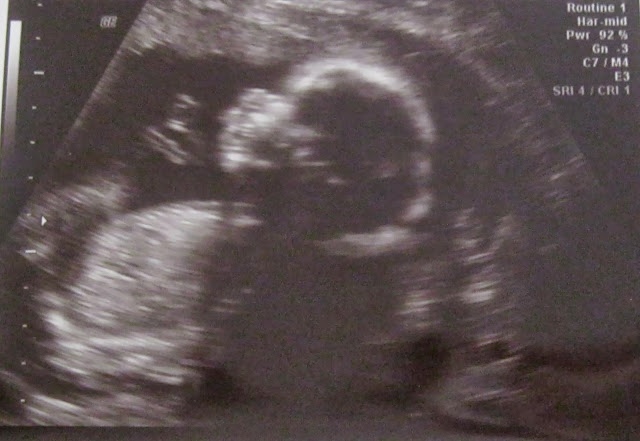 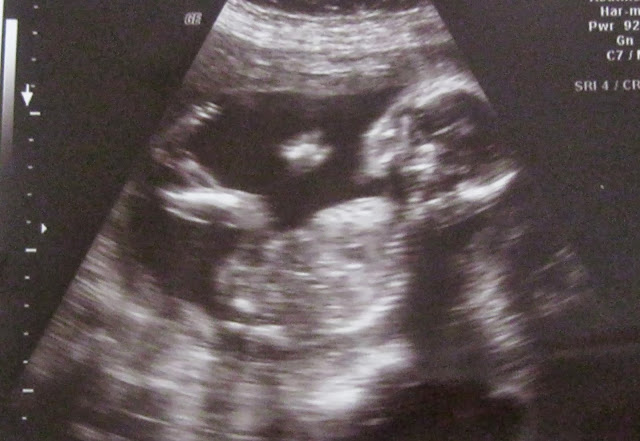 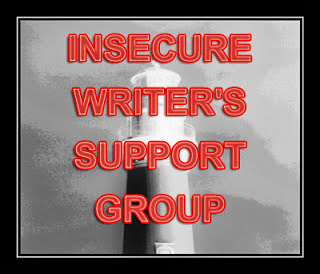 IWSG is a great way to express your doubts fears and yes insecurities, or to offer some guidance. Sign up here, ALEX.

So I am not a huge fan of recycling post. I like to express new thoughts when I can. Still, I am working on quite a bit right now. There are many balls up in the air and I have found myself struggling at times to keep them up there. I was reading a post I did early on in my blog as a guest spot. It was actually really refreshing to read back through this post and sort of a way for me to kick my own butt into action. Hope you enjoy it.

Here is my three Ps of writing.

For many writers I think one question plagues our minds as much if not more than anything else—What does it take to actually get published? I myself have sought an answer to this for years. It takes a lot to be a writer, there are things you must have in order to keep going in this sometimes cruel and calloused field. A hobby/ time wasting mechanism I find myself spending a lot of time on is watching/reading anything I can find on my favorite authors. I know I’m not alone on this, but in watching their interviews or reading their blogs, listening to their stories, I have come to a conclusion.

I would like to call this conclusion the three Ps. Passion, productivity, perseverance. I have come to feel without these three things it is unlikely you will find your way to that coveted spot where your book is sitting on the shelf(or in a good rank of online books).

Passion. This one may seem easy, but I think I am not speaking for myself when I say that I feel very passionate about something as the idea is forming. I may even feel it through the first few chapters, but most times when writing I lose that feeling. This could be a lot of things, the story moved in a direction that caused a lull, the characters are not engaging anymore. Maybe I am just pushing myself too hard and need a break. To me the loss of passion is a clear indicator that something is wrong with the story. If you don’t feel passionate about your story more than likely the agent/publisher/reader will not feel it as well.

Productivity. The work. The act of actually putting words on a page. If you have no product to send out then there is no way for you to be published. Finish things, don’t wait for that perfect moment, or for everything to line up in your mind. I learned more from finishing writing a novel than I did from any class or study on writing I have ever taken. Don’t stop at that, so you finished a book and you’re trying to get someone interested in it, write another, don’t wait, maybe that next one is the story that will be picked up. The only way we can progress as a writer is by writing. Start a journal, write a blog, do what it takes to be writing every day, the more you put words on a page the better you become.

Perseverance. In my opinion, the hardest of the three. The words, "sorry", "no", "not at this time", and so forth will be constant companions in this journey to be a published author. You will at times feel you are not worthy or lack something and maybe you should just give up. DON’T. We all get this no matter what stage you are in your witting. Self doubt is a staple of being a writer. I have said on my blog, I don’t like to think of getting published as a sprint where you finish your story and try to get it out as fast as you can. Instead think of it like a marathon, where you have to train yourself up and go the distance. That “yes” we all want is out there, maybe we need to work on our skill with writing or query letters. It is possible we need to find the right person for our particular story. No matter what the case is, the moment you give up is the only time you are truly defeated.

Anyway these are some of my thoughts hope they help and as always have fun and keep writing.