Fun on the net. 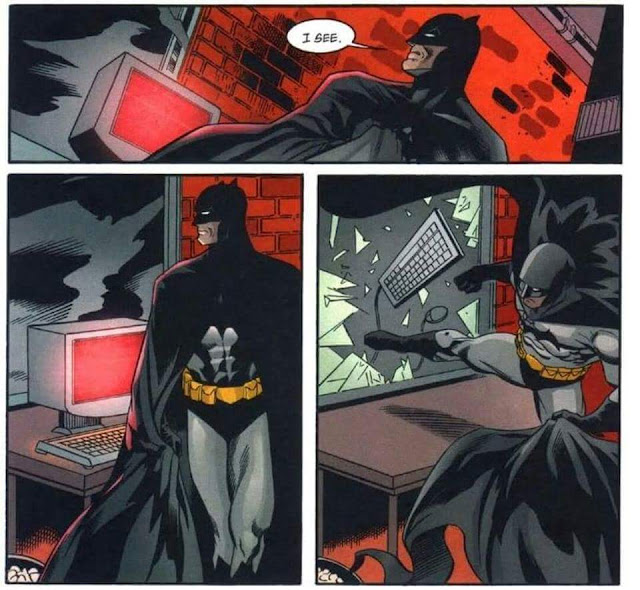 Like most people I get stressed out. Being stressed is not conducive to making art. So for me I turn to humor and music and other things found on the net to cheer me up.

I figured if it makes me happy then it will probably help others.

So here is hopping some of these brighten your day.

I saw this one today and couldn't help but smile. I can just picture the happy thoughts of this bird.

Okay babies just make me happy and these are funny.

Okay here is a more inspiring vid. For anyone feeling like they are getting no where in their writing, I have post this vid before, but I always go back when I am feeling down.

And I will end this with a song I have been listening to lately. It isn't a new one and isn't necessarily happy, but I just feel in the zone when I listen to it.

Anyway I hope these can inspire and cheer you guys up today. I am going to get back to writing. As always, have fun and keep writing. 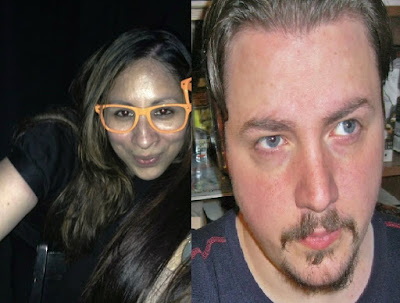 Today I get the pleasure of interviewing S K Anthony for her sequel to Kinetic, Static.

When I first talked to her about the idea for an interview she was in the full swing of her book release so I promised her to only give relatively easy questions.

So here they are.

BA - What is your favorite type of wine?

SK - I really don’t discriminate against wine. If it has grape, it’s fine :P Umm, okay, you want the serious answer? Here goes: I like Pinot Grigio, Pinot Noir, Merlot, white Merlot, Cabernet Sauvignon, Burgundy, Sauvignon Blanc, on and on and on . . .

BA - Hey I know what two of those are, lol. Since we are talking about drinking anyway, if you could vacation anywhere in the world where would it be?

BA - No we can just think of Harry Potter and the voice works well. Favorite movie?

SK - Apart from The Lord of the Ring Trilogy (can’t choose just one), my favorite is The Luminaries movie, coming soon. Not really, but it would be my favorite if I made some $$ off it, plus the honor and all that BS.

BA - Hey I would go see that, plus afterward you would want to celebrate so that leads to my next question. Favorite dessert?

BA - You forgot to mention cake. Also anything warm you put ice cream on is awesome...O_O. Do you have plans for books outside of The Luminaries?

SK - Well what kinda writer would I be if I didn’t? I have about six of them fighting in my head at any given time. So yes, the answer is yes. YES.

BA - I guess you would be a writer with one series, :P. I know what you mean though those ideas are always coming, if only we had clones to write them. Any other genres you might want to write in?

SK - MG and erotica, but maybe not together. Kidding! MG, YA, Contemporary Romance, Paranormal, and Dystopian . . . and yes, I have ideas written down for each.

BA - Yes together would be bad, lol. Well all the talk about ideas, but the hardest part is getting it finished and what comes after. Any advice on what people should do once they have finished a manuscript?

SK - Throw it out and start again . . . err . . . well, given you and I both had to do this with our recent manuscripts, it seems legit. But really, I think putting it aside then coming back to it refreshed after a break is a good bet. We see things from a different perspective and that can sometimes be priceless ;)

BA -Yes we both did and that is awesome advice, S. Okay folks before I set S K free again I got to give you guys some info on her newest book. 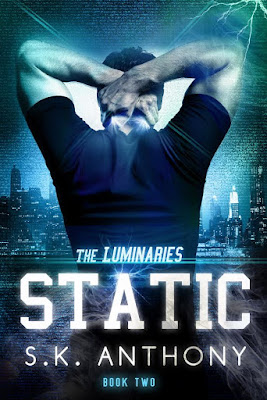 Kevin Pierce is a teleporter, a ladies’ man, and a loyal friend . . . or so he thought.

As a genetically altered Luminary, he helps the government bring down some of the most dangerous criminals. Not very challenging if you have his special abilities. But when a group of rebel Luminaries attacks his Organization the fight for survival begins.

One shattering event after another tests the depth of his relationships, his sanity, and his powers. Emotionally torn, Kevin must choose carefully where his loyalty lies. In the middle of all the unexpected chaos he gets the biggest shock of his life when he’s faced by a betrayal he never saw coming. Angry, injured, and ready to even the score, Kevin goes Static . . .

Add it to your Goodreads *here*


You can find Static here:

Also if you have not read it yet, check out S K's first book Kinetic. 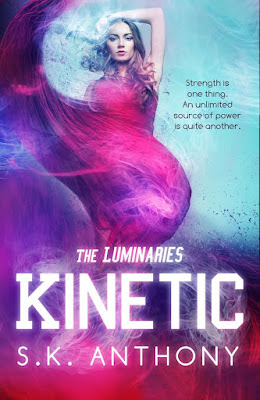 Being strong is one thing. Being an unlimited source of power is quite another.

Genetically altered by the Organization, Annie Fox takes down criminals CIA-style with her luminary strength. With nothing to mend but her broken heart, she is relentlessly pursued by her boss Derek Lake. Just when Annie is about to give him a chance, her ex-husband unexpectedly comes out of hiding.

A wanted man, Nick Logan is a cold-hearted murderer who is considered enemy number one, and orders are clear: kill on contact. He is more powerful than ever and threatens the lives of those she holds most dear. His plan? Get his hands on Annie and use her Kinetic energy to destroy them all. When Annie finds herself with an opportunity to end him, she pauses, horrified by the scars covering the face she once loved. A split second that will cost her everything…

Can't forget the info on our lovely author!! 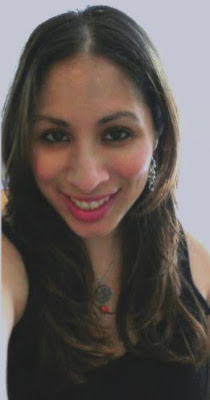 S. K. Anthony is a writer, a reader and a make-stuff-up-er who lives in New York with her husband and toddler twins. She is a wine connoisseur, which just really means she knows she loves it, and a caffeine addict. When she isn’t busy with her family, she finds herself being transported into the world of imagination. Well, either that or running away from spiders . . . she is convinced they are out to get her!

And last but certainly not least, a chance for you guys to win something.

a Rafflecopter giveaway
Posted by Brandon Ax at 7:00 AM 21 comments: 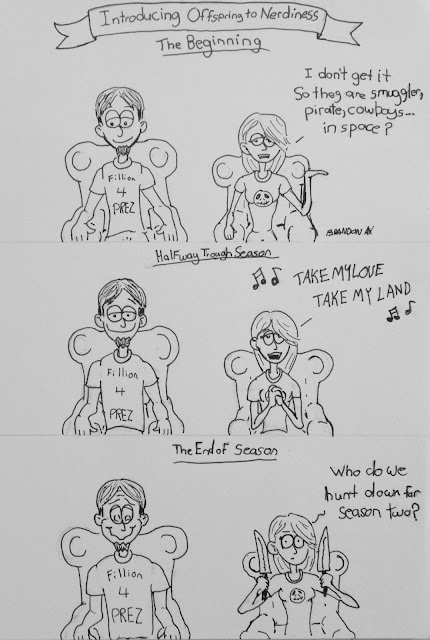 
Being a parent is so rewarding. Being an uncle or aunt is similar as well. One of the best things about having that little person in your life is at some point you get to share all your nerdiness with them.

There are many things that are age gated. Like comics, as a collector I couldn't hand my five-year-olds some of my comics to read for fear they would be a crumpled mess by the end of the experience. But as they have gotten older I have been able to share that with them.

I recently sat down and watched all the seasons of Buffy with my 13-year-old daughter. It was awesome sharing that experience with her.

I can't wait for my youngest to get a bit older so I can read the Potter series to him.

I just got to introduce my middle child to Brandon Sanderson.

These are things that have stuck with me and that brings me joy when I can share them with those I love.

As I write on my third book today I can only hope to write something that one day is the subject of one of these types of encounters.

Anyway, these are some of my thoughts today. I hope everyone is well and as always, have fun and keep writing.

Oh yeah and since I mentioned her and she finally made it into a blog cartoon, I figured I would post a picture of my beautiful oldest child. 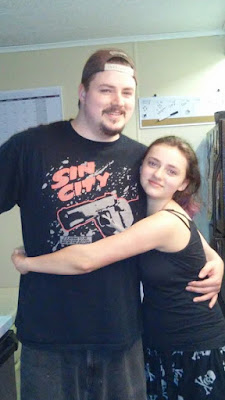 So it has been a bit since I last wrote one of these. Five months in fact. I figure I would talk a little bit about why in this post and let everyone know a bit about what is going on.

A little over two years ago I wrote and published Ashes. It was the second book in my Light Bringer Series. I'd given myself a super strict deadline on finishing that and even when life threw a curve ball I didn't waver on it. Needless to say after the experience I was majorly burnt out.

I have talked about this some before on the blog. The thing is I want to be an author. It is the only job I can see myself being happy at. I have worked so many types of jobs and not all of them I enjoyed. I pushed through and did them anyway because that is what is expected of me. That is what I expected of myself.

So why should writing be any different?

The answer is it shouldn't. So I went forward and pushed with the second book. Now I have to tell you the past two years have brought some incredible things into my life, I will never regret them. While they have given me some wonderful things, they have also been some of the hardest years I have endured.

Some things that happened I have talked about here on the blog, most I have not and will not. The problem is somewhere along the way I lost focus. I started doing things because I was supposed to do them and I just pushed through. 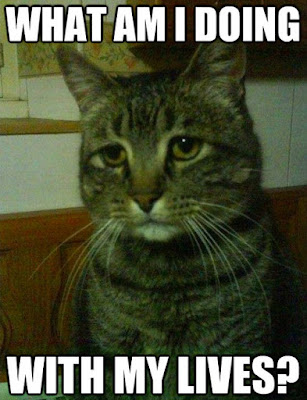 This was going well for a bit. I even managed to finish a draft of my third book and was ready to go forward with things. Luckily I have a beta reader that reads stuff before anyone else sees it. They gave me some hard love on the story I gave them. The sad part is I think I knew everything they told me myself before I ever gave them a copy of that story. 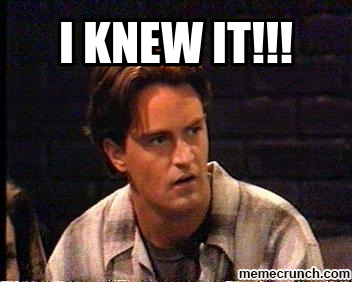 So here I am still feeling the drag that comes with life, a story I am not happy with and feeling generally lost. So I made a choice. I jumped off social media. I spent a bit of time with my family and talked with my wife about the direction I wanted to go with my writing.

It was actually a much needed thing. The problem with self publishing is it is all you. Most authors lose money with their first couple of books. I have been fortunate to make money so far on mine, but for sure I have a long road ahead of me. 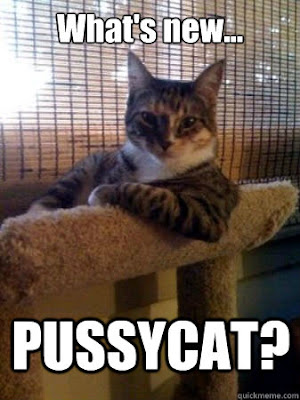 Good point Mr. Cat. So what has changed? 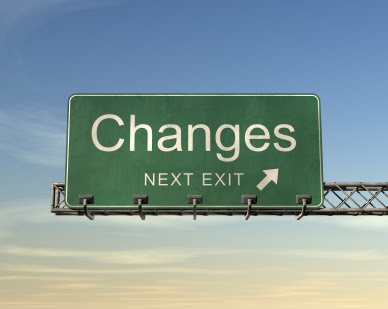 The biggest thing is how I write now. I have a schedule that is respected in my house and I adhere to it like a religion. It lets me write everyday which is majorly important. I have goals and have learned to make them fluid so they can change as things around me change.

I also did something I have never done before. I threw out my entire manuscript. I still have it, but I have always been someone who tinkers and fixes problems as I go. This time i started fresh and am glad to say that I am trucking along on this new draft with a vigorous passion.

I know this is a long post and I apologies for that, but I have missed you all and can't wait to get around and see what you have been up to. I have a few blogs already planned out and am refreshed and ready to go full force once more.

Anyway, I hope everyone is well. As always, have fun and keep writing.
Posted by Brandon Ax at 5:53 PM 13 comments: