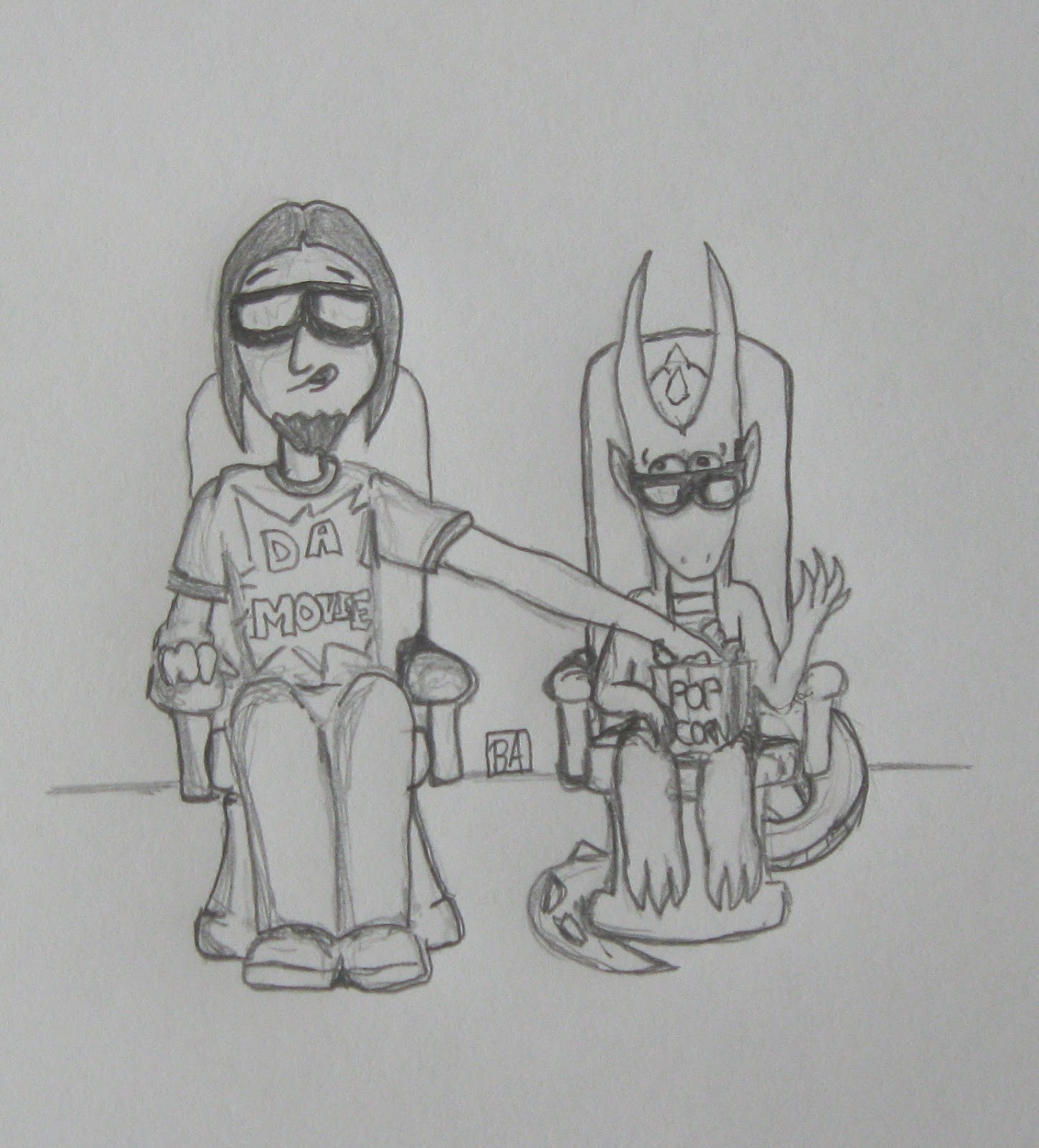 Okay so again before I post, I have to say that I have been very slack on my blogging this week. I have wanted to get to everyone's great post and leave comments and be a good blogger, but mostly I have been writing like a mad man. August will be here sooner than I want it to(for writing and birthday reasons) and I need to have a finished copy of Ashes by July so I can get edits done. Anyway, if anyone has felt ignored I apologize and I will do better this week.

Inspiration Friday. Every Friday I find a topic and give three things from that topic that inspire me. This is not a favorites list necessarily, though they are some of my favorite things. This weeks topic is movies.

Movies for me are little bits of magic brought into the world. I would probably sit in a theater all day just watching back to back movies if I could. I know things are overpriced and as an "artist" I'm supposed to say things like, "There is nothing good anymore," and "It is all rehashed crap these days." I just don't feel that way. Movies inspire me and even bad movies can be enjoyed to some level or another. 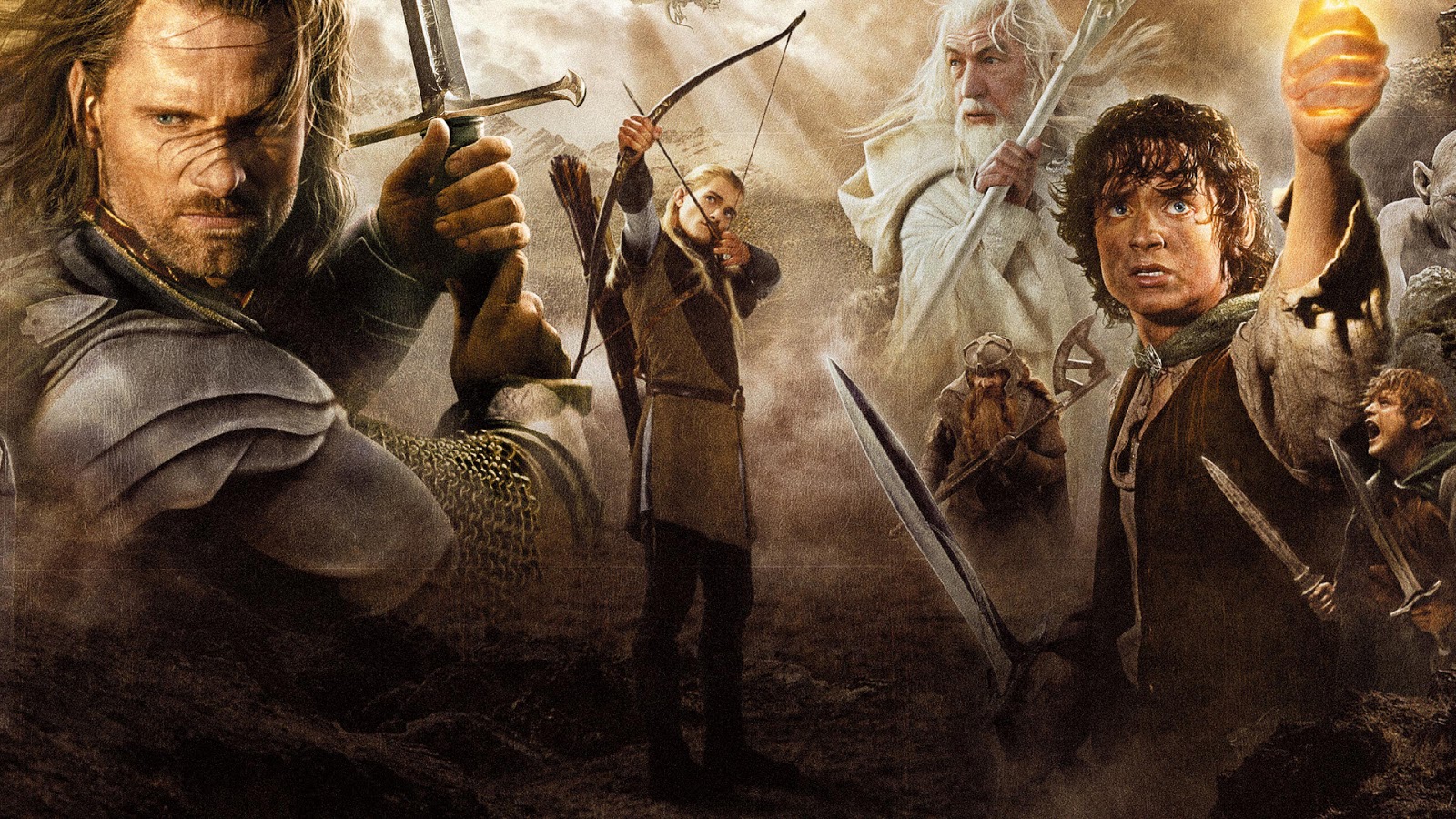 First up we have The Lord of the Rings trilogy. During the course of these movies coming out I began working a new job for the city, my daughter was born and my son was born. It was an eventful three years. I used to drive a truck to pick up curb-side trash or brush. As I would wait for my truck to be called, I'd write in this notepad or do my mental note thing. From the time these movies came out to their release on DVD, I built the majority of my "Epic Fantasy" world. I remember watching all the extra features almost religiously for each movie. I think the actors were perfect for the parts they were given and the grandfather of most fantasy stories was beautifully transitioned to film by an amazing director. 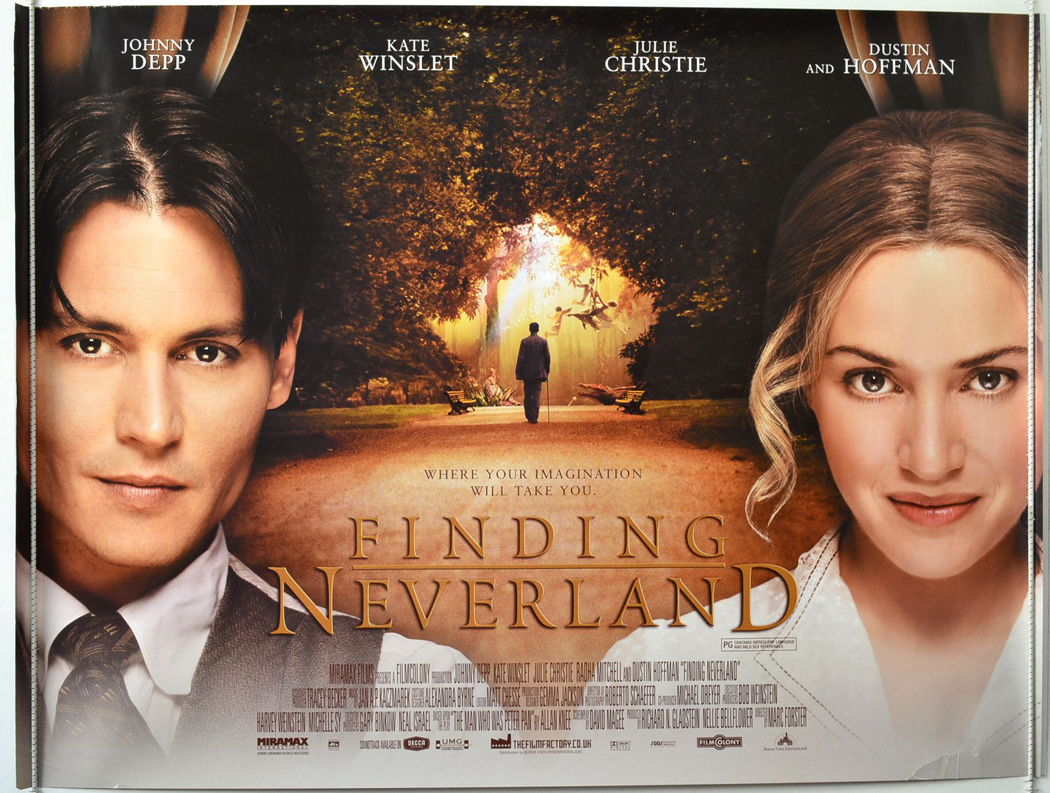 Next is a movie called Finding Neverland. First I want to say I find it hard to locate a movie with Johnny Depp in it that I have not enjoyed. In this movie he plays the playwright J. M. Barrie and follows how he came to be inspired to write the play The Boy Who Never Grew Up(Peter Pan). I think the Wiki describes it as semi-biographical, I can assume this means liberties were taken, but as a story in itself it is wonderful. It is sad and enlightening, Freddie Highmore gave a wonderful performance as Peter. This movie was a great look into a writer's mind and how he sees the world, I recommend a watch if you haven't seen it. 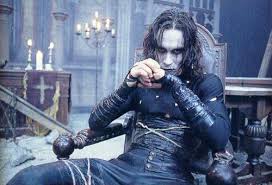 Last is a movie that is a bit of my childhood, a bit of who I am as a story teller and something that has stayed with me and probably will stay with me for as long as I am of sound mind. I was probably too young to watch this movie when I did. I often would take advantage of the fact my single mom had to work so much. Still anyone who has been reading my blog knows of my love for Bruce Lee, with his death occurring before my birth it was only natural for me to cling to the next closest thing.

This being Brandon Lee his son. I owned at the time both Showdown in Little Tokyo and Rapid Fire. I also enjoyed the Kung Fu: the movie he was in. so when I heard he was going to be playing in some movie called The Crow I couldn't wait. Of course as most of you know Brandon Lee was killed during the shooting of the movie when he was shot by accident while filming a scene.

I was not able to coerce anyone into letting me see the rated R film in theaters, but as soon it came out on video I used all my wiles to obtain a copy. Sometimes when an artist dies we tend to pay attention to their art with a clarity we may otherwise leave out. I can recite you the words to this movie from front to back I have watched it so much. I have my video tape version, my DVD version and last birthday my wife bought it for me on Blu-Ray. I am inspired in so many ways by this movie.

There is a line in the film that says, "Little things used to mean so much to Shelley. I used to think they were trivial. Trust me, nothing is trivial." A truer statement can't be said when referring to those you love, each moment means something and should be enjoyed. I try to take this to my life and my writing.

Anyway these are some things that inspire me, what about you? As always have fun and keep writing.